Moris Design
Search
Home > News detail Life in MORIS is happier. An interview with Kolja, who’s been working there for 17 years.

Life in MORIS is happier. An interview with Kolja, who’s been working there for 17 years.

How did you get into MORIS design?
It was actually by complete accident. While on the bus, I saw an advertisement that MORIS was looking for technicians, installers and more. I got off the bus right away, and went to the company’s premises. After a 20 minute interview with Radomír Klofáč (the company’s founder), we immediately agreed that I’d start on Monday. And this was on Thursday, so it was a really fast start.

17 dizzying years in the company – how come you’ve stayed there for so long?
I like good relationships, and here the excellent team and former boss (Radomír Klofáč) suited me. He means, and most importantly does, what he says. I’m also used to stability, which is why I’ve been with the company for so long.

How do you remember your beginnings in MORIS?
I remember them very well. We were installing light boxes on old telephone booths, and after work we’d got for a beer with the boss, or take trips up Sněžka mountain and ride down it on rented scooters. It was a kind of euphoria. I really enjoyed it, and I still do. I approached everything with great gusto. It’s true that nothing hurt me back then; I was younger. Today it’s a bit worse. Sometimes I feel pain somewhere.

How has the company changed over the 17 years you’ve been with it?
The family business has grown into a large company, but fortunately it’s still family-owned, which I really appreciate. A lot of people have come and gone during that time, and new, good colleagues have joined. After all, there are almost 200 of us today. It’s true that 17 years really is a long time, but I’m still loyal.

What did you have the greatest concerns about?
When the owner, Radomír, went on a longer business trip – I had the feeling that it’s not right, and that the wrong people are in charge of the company. Fortunately, shortly afterwards the two sons began to run the company, and it immediately showed – there was a rapid upturn.

What position do you work in?
I work in production. Now I’m in charge of elements which are being overhauled. It’s partly due to the fact that I’ve been here for so long, and so I have a great overview of everything that’s been done historically. I can perform 7 professions – electrician, locksmith...

Is there something you’d like to share, that we haven’t talked about?
I’m really happy to have tried various types of work in the company, and to have gotten such an opportunity. I’ve also been sick a few times, so I know what it’s like to be at home. I was glad to be able to return to work, because here, in MORIS, life is happier. 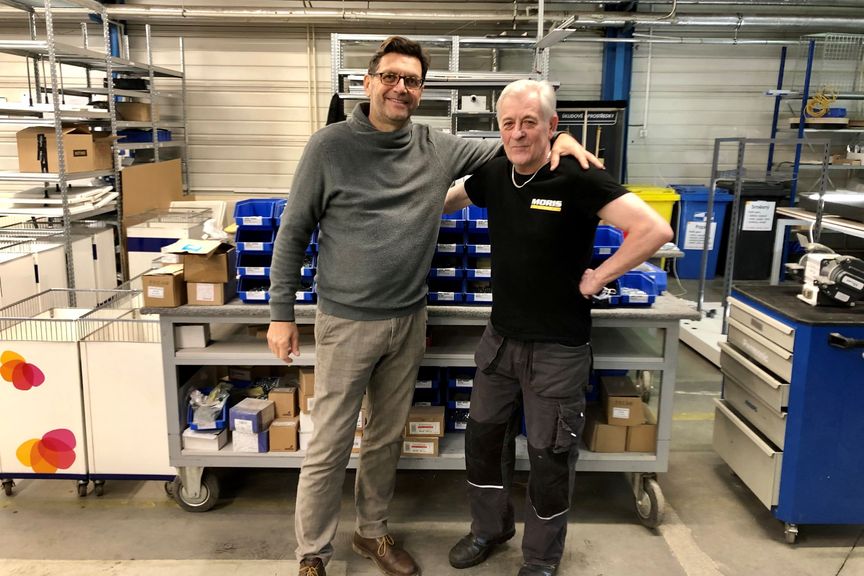